Located in the Pier A Harbor House in New York’s Battery Park City and brought to you by the makers of Dead Rabbit, Grocery and Grog (also in Lower Manhattan), is Black Tail, a Cuban-esque restaurant and bar inspired by the days of Prohibition when privileged Americans would flee the United States and jet set to Cuba for the weekend in pursuit of drinking pleasures.

Enter the downstairs lobby of this venue and immediately transport to a speakeasy era when access was not always granted, but the promise of a good time was worth the gamble. Once vetted, ascend a stairwell lined with nostalgic black and white photographs evocative of Old Cuba and enter a welcoming main lounge filled with lively crowds and the sound of glasses clinking. Choose to wait for a table or sit at the bar for a more interactive experience (these bartenders can really shake a drink.) Enjoy the piano bar feels and let the leafy greens and rich, dark oak of the space begin to work their magic on you as you begin to ‘embrace the lush life.’ Imagine yourself a socialite or debutante in 1920s Cuba escaping the dry laws of the United States, if even for a few hours, and rubbing elbows with both the military and literary elite… think daiquiris, Hemingway, pearls and cigars. If you fancy a bit more privacy with your rat pack, sit in the cigar lounge (décor only; please see New York smoking laws) where you can chit chat the night away or think up the next big work of literature or revolution.

If décor is not your thing (hmm?), no worries, as there is plenty to drink and eat. Try the Pink Elephant! A bright elixir with hints of vanilla and bitters or become undone with the Handmade Woman a shy, yet robust cocktail infused with dandelion and chamomile. Whatever you do, try the Crispy Cuban Fries because it’s not really Cuba until you’ve had some yucca or plantain (mmm, starchy vegetables.)

Yep, the team behind Dead Rabbit runs another one out of the ball park. This ‘American bar with a Cuban soul’ hits all the right marks with its ability to transport you to early mid-century Cuba with the convenience of never leaving New York or going through TSA and delivering tasty eats you can snack on all night long. For many reasons, it’s no surprise Black Tail was voted best new American bar in 2017 — it’s sister establishment Dead Rabbit has been voted Best Bar in the World multiple times. It’s only natural Black Tail would follow on its heels. Go pay both spots a visit and tell them we sent you; indulge in the leafy green décor at Black Tail and then try the early Irish-American experience in New York at Dead Rabbit. We promise, neither place will disappoint.

Thank you to Black Tail and Dead Rabbit.

In partnership with TripAdvisor.

Considered one of the best hotels in Chicago, the Kimpton Gray Hotel, also known as The Gray, is best known for its opulence and exquisite on-site dining and amenities. Situated in the Financial District and located in the historic New York Life Insurance Building, The […]

There are few things more cool than the downtown neighborhood of Nolita and the eponymous The Nolitan hotel. Located at 30 Kenmare Street and within walking distance to other exciting New York City neighborhoods (SoHo, Little Italy, Lower East Side), The Nolitan is an urban […]

Travel
-
0 Comments
The Revitalization of Lower Manhattan
The Frederick Hotel

Stephani Guerro is a travel and lifestyle blogger dedicated to discovering the best in travel, style, beauty, food and culture from across the country.

Searching for Gold is a creative platform where she gets to combine her many interests, as well as play storyteller and declare her love for this great country paved in gold. 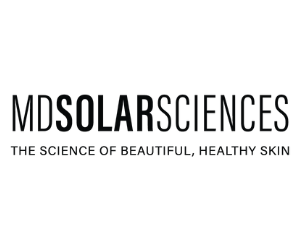 Tell me it’s a vaxxed girl summer without tellin

When rosé calls you answer. 🍷

Grammar lesson of the day:: A) A woman, without

Thank you to everybody who came out last week to @

This error message is only visible to WordPress admins

There has been a problem with your Instagram Feed.

Searching for Gold is a travel + lifestyle blog dedicated to discovering the best in travel, style, beauty, food and culture from across the country.

It is also a creative platform where the artist gets to play storyteller, as well as declare her love for this great country paved in gold.

For general inquiries or for advertising opportunities, please email info@searchingforgold.com.